Hal gives away the bride

Sharing his Monoflex experience, Hal called up Bodypoint to explain how a little ingenuity, mixed with a great product, made for a special moment at his daughter’s wedding. 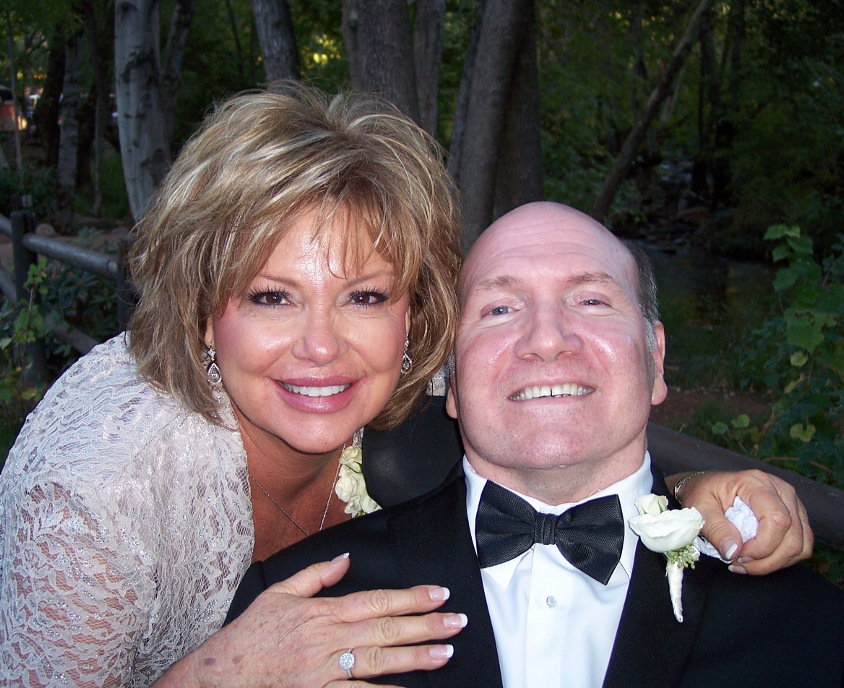 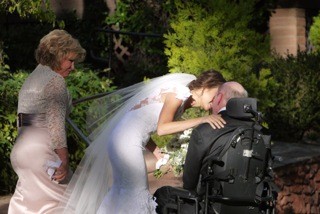 Before:
Due to progressive effects of multiple sclerosis, Hal had difficulty communicating audibly due to a weakened diaphragm

After:
Was able to speak comfortably to family and guests at a once-in-a-lifetime family occasion

For Hal, use of the Monoflex™ Chest Support supported his weakened diaphragm and allowed him to speak. According to Hal, giving your daughter’s hand away to be married is a father’s greatest dream. But imagine going to that festive event unable to speak.

When looking to overcome his difficulty speaking, Hal first explored using a Bodypoint Stayflex™ Chest Support for more diaphragm control and had reached out to Bodypoint for help in attaching it to achieve his goal. While assisting Hal, it became evident that the Stayflex was not the best solution to meet his needs. Instead the Monoflex™ Chest Support was recommended.

With the guidance of Bodypoint customer service, Hal was able to mount the Monoflex to his chair to achieve the diaphragm control needed to enable him to speak. At his daughter’s wedding, his Monoflex, which he affectionately refers to as ‘my baby’, gave him the chance to talk with family and friends. Hal had his tuxedo specially tailored so that his "baby" was invisible under it. Most importantly, he was able to confidently answer one question loud, clear and for all to hear: “Who gives Caley to be married to Alex?”

His answer: “Her mother and I.”

We were so glad that we could help Hal strengthen his position and be a part of such an unforgettable family moment.

View a very special ‘thank you’ from Hal to Bodypoint for helping him strengthen his position.

Share in Hal’s special day with these memorable photos.

Find out more about the Monoflex™ Chest Support.